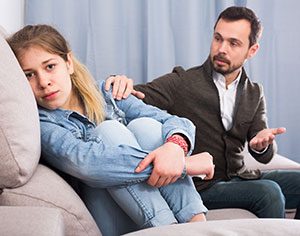 What is Parental Alienation?

The vast majority of parents do not want to hurt their children during the separation or divorce process, nor after the divorce, but they end up behaving in ways that negatively affect the child’s brain, emotional, and psychological development. When a child rejects a parent in the absence of legitimate, verified reasons, parental alienation needs to be considered as it is a factor in some separation and divorce situations.

How does Alienating behavior affect children?

When a parent engages in alienating behaviors, it can have profound and long-lasting negative effects on a child. Children experience anxiety, sadness, confusion, and acting out behaviors in response to alienation. These reactions are a result of the child’s inability to resolve the “loyalty conflict” created by the child’s internal struggle to choose one parent over the other parent when all the child wants to do is love and spend time with both parents.