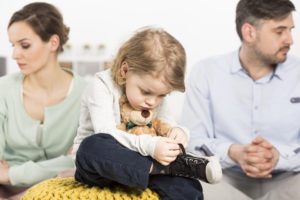 Your child’s life changes in profound ways, too. Your child must adjust to many new situations, such as a new place to live (at least with one parent), a reconfiguration of the time spent with both of you, going back and forth from house to house, and a life that basically no longer resembles what he/she had before you and the other parent separated and/or divorced. Oftentimes, the child’s adjustment includes new step-parents, step-siblings, and new babies being born. Quite simply, though, your child just wants to love both you and his/her other parent while not feeling conflicted or disloyal.

Resetting the Family’s Swerve 101 and Swerve 201 parenting educational programs were developed to help you “do anything in the world for your child” by learning what happens to your child’s growth and development when parents have chronic conflict, as well as more effective parenting tools that you need in order foster your child’s psychological, emotional, brain, and physical development.